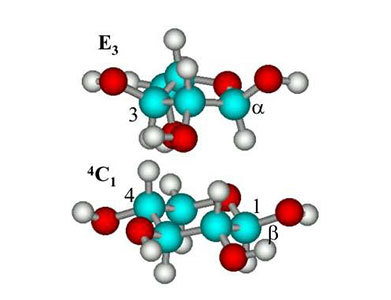 Arabinoxylans (AXs) are an important group of non-starch polysaccharides preponderantly present in cereal brans. They are highly branched and composed of β-1,4 linked D-xylopyranose backbone with arabinose in the side chain. AX has multitude of functional and nutritional health benefits. AX are both water extractable (WE-AX) and water un-extractable (WU-AX) polysaccharides.WE-AX are loosely bound to the cell wall surface. WU-AX are retained in the cell wall by covalent and non-covalent interactions with phenolic acids, protein, and cellulose complexes. The ester linked AX (ferulic acid), rich in antioxidants, helps in alleviating colon cancer, diabetes and atherosclerosis symptoms. It also helps in immunomodulation and supports weight management. Process development for the preparation of phenolic acid AX from wheat and rice brans has been standardized at CSIR-CFTRI.
Products are in the pipelines such as nutribar, baked foods and beverages which are enriched with AX. India has wheat and rice milling industries, thus raw material i.e. cereal brans to isolate AX is available in plenty.AX based functional food products and nutraceuticals have tremendous business potential in the special nutrition and prophylactic nutrition industries globally.Scale up production of AX and food products enriched with AX will be a possible affordable functional food for India at large. 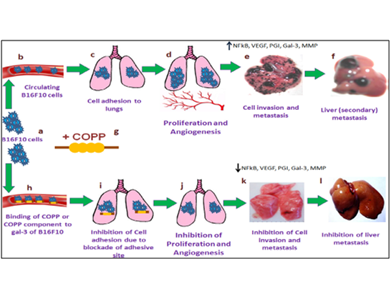 Metastasis is one of the complex steps in cancer. It involves multiple stages such as cell adhesion, cell invasion, angiogenesis, continuous proliferation, inhibition of cell death, etc., ultimately responsible for dysregulated cell growth and formation of aggregated tumors. Complex multi-step events during metastasis are the result of an interplay of multiple molecules such as galectin-3, a triggering molecule for cascades of activities such as cell adhesion, angiogenesis, inhibition of cell death, matrix metalloproteinases etc., that help tumor cells to invade into newer organs. Vascular endothelial growth factors to support angiogenesis to support angiogenic growth and hence enhance the survivability, NFĸB, a transcription factor for continuous proliferation, PGI – Phosphoglucoisomerase, which isomerases Glucose to fructose and fructose which can be utilized faster by cancer cells.
We had shown previously the role of dietary pectic polysaccharides in inhibiting galectin-3 mediated agglutination that appear to be a critical event during metastasis including cancer cell-normal cell interaction, cancer cell proliferation, cell adhesion etc., in in vitro models. In the current study, we report the role of corn pectic polysaccharide in inhibiting metastasis in vivo and modulation of cancer specific molecules. B16F10 induced lung metastasis has been used as a model to study metastasis and molecules responsible for metastasis. In Scheme – 1 it is indicated that B16F10 melanoma cells grown in vitro were injected through the tail vein of the animal and cells are known to harbor in the lung due to cell adhesion and could see the induction of lung tumors expressing tumor markers. Treatment with Corn Pectic Polysaccharide (COPP), inhibited cell adhesion, proliferation, angiogenesis and metastasis. ~ 72% inhibition of tumor nodules were observed compared to that of the untreated animal group.

With an ever-expanding global population, unprecedented climatic changes and increased use of pesticides there is an urgent need to make the most out of the available arable lands to strategically address these issues. In this direction CFTRI has ventured into identifying crops of high nutritive value twhich can grow on relatively dry lands with scanty water availability and low maintenance. Towards this, we have introduced 3 new crops that come under the "Superfoods" category, viz., Chia, Quinoa and Teff, in India along with the agrotechnologies. Also pure line selection, two lines of Chia that are high yielding and white in colour.
Chia is a Mexican crop and the highest known vegetarian source of the essential omega 3 fatty acid, alpha linolenic acid, which is critical for brain and heart health. Quinoa is a Bolivian pseudocereal crop with seeds rich in high quality protein that could be a good substitute for rice, especially for the diabetics. Teff is from Ethiopia and is the tiniest seed packed with maximum nutrition. It is a powerhouse of protein and minerals, especially rich in calcium. All three crops are of 120 days duration, require very little water and easy to maintain, giving a yield of 300-400 Kg per acre. 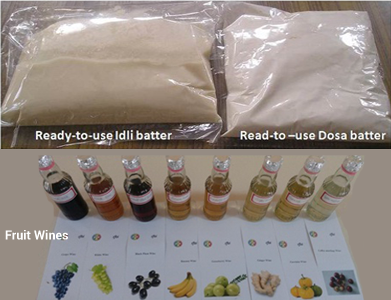 New global non-alcohol, non-LAB based functional fungal fermented foods, such as Nilamadana, Kaulath, Shamak and Trilambija, that utilize India’s underutilized cereals and grains are created. A process has been standardized to prepare ready-to-use idli/dosa batter in retail packs and being offered as a free technology by CFTRI for interested entrepreneurs. Starter cultures, which impart known flavor and olfactory qualities, for wine production have been developed and an array of fruit wines are standardized for value addition. 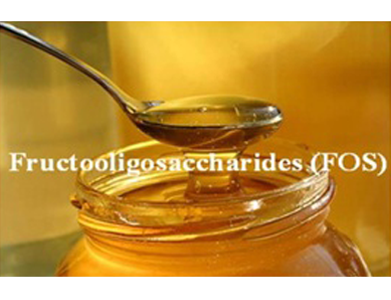 Prebiotics are functional food components that improves human health by inducing the growth of healthy microorganisms. A process for the production of FOS is developed. Diversity, genomics and probiotic functionality of probiotic bacteria like Lactobacillus spp. and bifidobacteria are being assessed. Molecular evidences for antibiotic resistance in enterococci and lactobacilli is explored. Novel biopreservatives from food bacteria are being evaluated. Focus is also on understanding the molecular interactions between phytochemicals and gut microbiota. 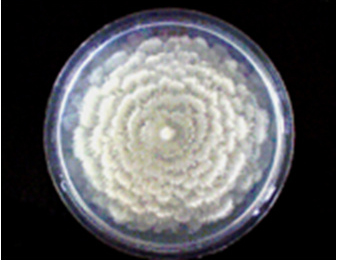 Microbes as source for specialty lipids: Several oleaginous fungi have been investigated for the production of PUFAs specially for gamma linolenic acid, arachidonic acid and its derivatives such as EPA and DHA, which are having many medicinal properties and large industrial applications. 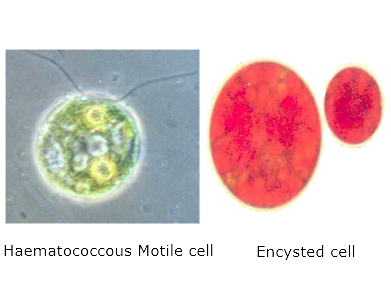 Haematococcus is a green alga and has two distinct phases in its life cycle - Motile growth phase and Immotile caroteniod accumulating encysted stage. Lutein is the major carotenoid in the growth phase. Haematococcus accumulates astaxanthin (a ketocarotenoid) under stress conditions. Astaxanthin and its esters constitute 85-90% of total carotenoids in Haematococcus with astaxanthin mono ester being the major one (~70%) followed by diester (~20-25%) and free astaxanthin (4-5%). Astaxanthin has high antioxidant property and plays a role in immune enhancement and prevention of age related macular degeneration. It is used as pigmentation source in farmed salmon and trout. Astaxanthin is approved by FDA-USA and some European countries for its use in humans as dietary food supplement. Process conditions for growth and carotenoid accumulation have been optimized at lab scale. Downstream process for astaxanthin extraction was developed and bioactivity of astaxanthin and its esters in terms of antiulcer and skin cancer preventive properties have been shown in animal models. Scale-up process will be taken up with industry /entrepreneur collaboration.

Ready To Serve From Spirulina 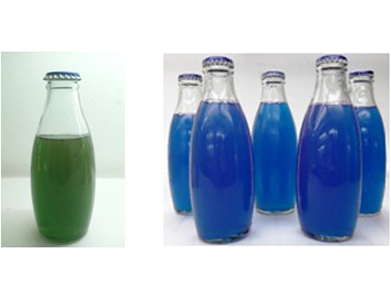 Based on phytochemical profiling and antioxidant assays, a process for preparation of a green leafy vegetable i.e. Hibiscus cannabinus / H. sabdrariffa (roselle) leafy powder has been developed and the same can be used in food fortification in view of its rich nutritional and nutraceutical potential.  The foliage is especially rich in ascorbic acid and iron content. In view of its physical and sensory properties, this leaf powder can be used to fortify various food products like chutney powders, soup mixes, energy bars etc., and also to garnish processed foods. 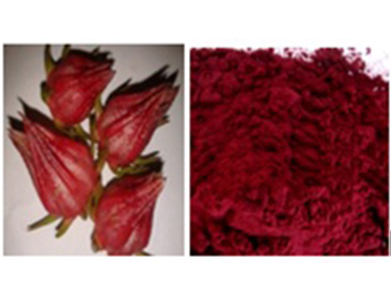 A method for Anthocyanins (red) rich extracts from calyx of Hibiscus sadbariffa (roselle) has been optimized and also established its antioxidant potential. The same can be used as a natural food colourant in making candies etc .

Food derived molecules for the management of Type 2 diabetes 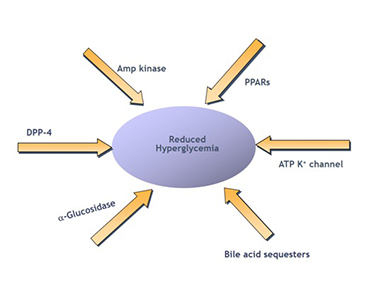 Food not only provides energy and building blocks for an organism, the bioactive molecules present in food may help contain diseases such as cardiovascular diseases, obesity, diabetes and osteoporosis, which to a great extent results due to unbalanced diet. It can be prevented and/or ameliorated by food-derived nutraceuticals. Here, our focus is to identify and characterize food derived molecules to prevent/attenuate certain disease conditions like osteoporosis, diabetes and related disorders.
A special focus is on type II diabetes (T2D). Several drugs are available for T2D and the target proteins to which they bind and their mechanisms of action are also known. The main focus of the project is to identify molecules from food sources that may regulate these mechanisms positively thereby lowering of the side effects, drug dosage and other T2D related complications. The knowledge generated could also be utilized for the development of functional foods to manage T2D. The nutritional status and environment experienced during gestation and early developmental stages of life plays an important role in the aetiology of several diseases. Evidence suggests that not only growth and development, but onset of diseases like, diabetes, osteoporosis, liver fibrosis, etc., to name a few, are also programmed. In particular, maternal nutrition appears to be important in determining skeletal size and development of lifestyle disorders at maturity. Also, some of the key molecules involved in growth and development of the organism such as glycosaminoglycans undergo remodelling in-utero as a result of maternal diet as well as during various pathophysiological conditions. One of our aims is to understand how maternal diet influences the development of diseases and to dissect the underlying mechanisms governing these, which includes metabolomics and epigenetic mechanisms. Microorganisms are the causative agents for two major phenomenon - food spoilage and foodborne diseases, which are of utmost relevance to food science. Food spoilage is one of the major reasons for enormous loss of food during harvesting as well as medium to long-term storage. On the other hand, foodborne diseases are of key concern to public health, especially in developing nations. The microbial contamination of food by a set of microorganisms would change the texture/odor/taste of food, or reduce the shelf life of food or secrete toxins that cause acute food poisoning. Therefore, a major thrust is to gain mechanistic insights into the function of key proteins and pathways from bacteria that lead to food spoilage/poisoning. Another approach towards this effort is to develop strategies to combat food pathogens by bacteriophages. Overall, our efforts are geared towards translating ideas obtained from basic research towards developing molecules to reduce/prevent food spoilage and thereby extend the shelf life of foods, and/or contain food poisoning for better public health.